Years and years ago I made some printables for my Julips using a template I found somewhere online and pretty terrible resolution images of real feed bags. They weren't great but everyone seemed to like them at the time and they came in really handy for scenes. 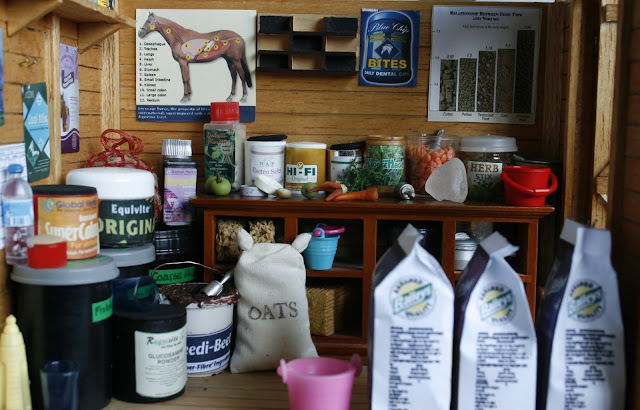 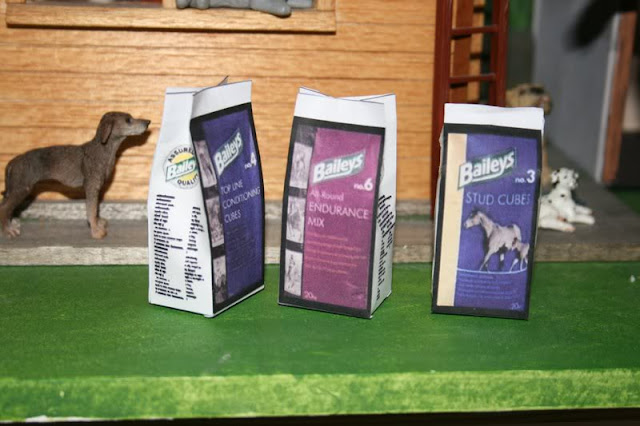 A few years later I decided to make some new ones using my own art and designs which turned out really well and I couldn't wait to share them. Then, I accidentally resized the original photoshop file, leaving them unable to be edited properly, so I held back. I originally intended to make a whole range of products in the same vein, but as so often happens with me when disaster strikes, my interest in the project absolutely evaporated as soon as I ran into issues.
The names have nothing to do with their actual scale, I just thought it'd be a nice little in joke. XD 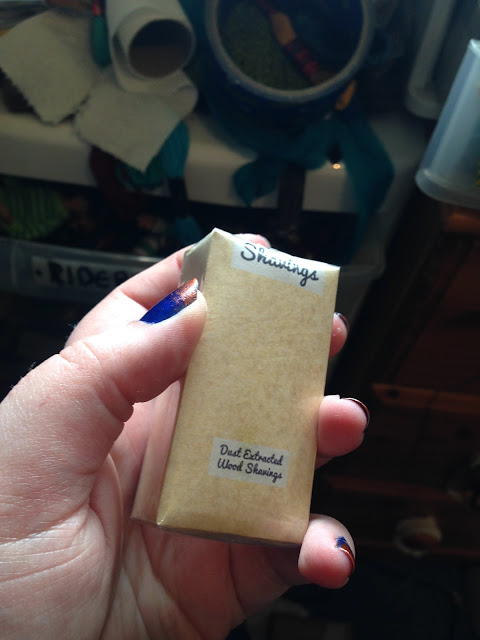 The shavings bag template was covered in clear packing tape before I glued it together to make it look like a clear plastic bag. I experimented with taping clear plastic from packaging around it (like if you were wrapping a present) and that gave a much more realistic look, so I'd recommend trying that, especially as it's a great way to recycle! 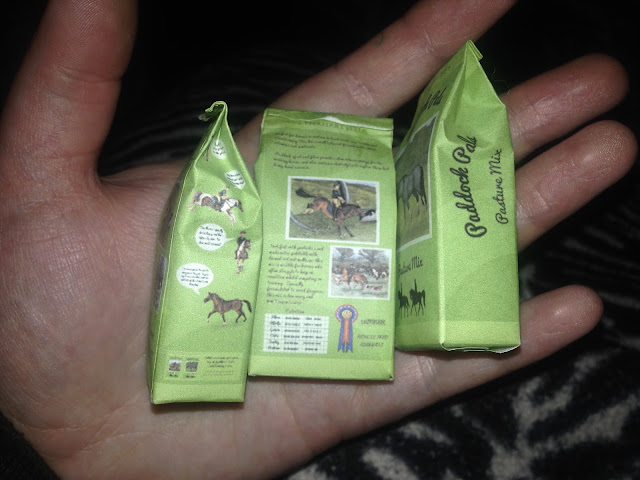 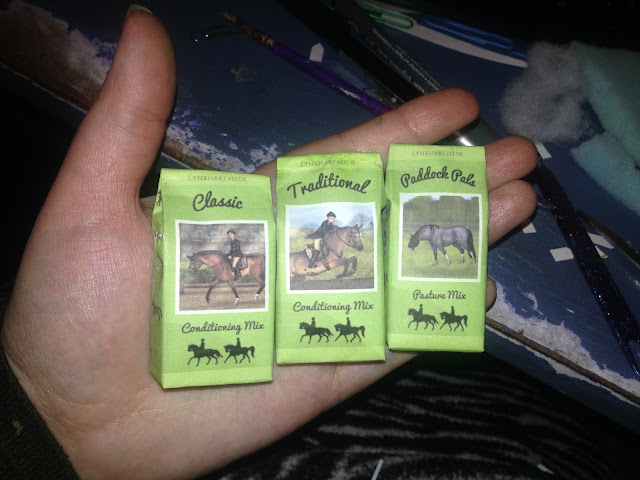 Anyway, I was sorting out my files today when I rediscovered them and decided they'd been in hiding for too long! They *should* be big enough for Traditionals, but that's not my preferred scale so forgive me if they end up a little small.

I just used plain old printer paper which works well, and gave them a spray of gloss varnish after I'd glued them together. This didn't work quite as well as I'd have liked but I'm sure with a bit of experimenting you can come up with some more ideas!

If you've never made a printable like this before, it's quite simple. Just cut them out, and fold along the lines, then use tacky glue/glue stick to assemble. I like to stuff them with scrunched up loo roll or scrap paper to give them a bit of dimension, though you could also put actual feed or dry rice/pulses in for a realistic weight and shape.

Daisy Stalls on YouTube made some and has an excellent video guide on how to assemble them as well as some other really nice stable accessories.

I have to say, I haven't been around an actual feed room in literal years, so forgive me any inaccuracies!

Feel free to make as many as you like in whatever scale you want but please don't sell them or try to pass them off as your own work. 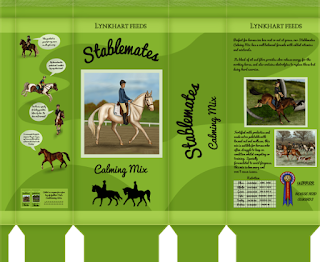 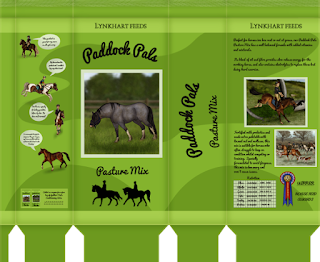 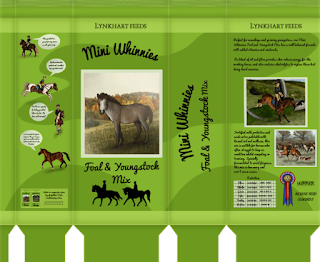 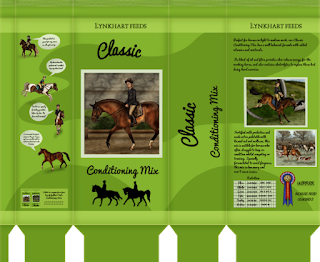 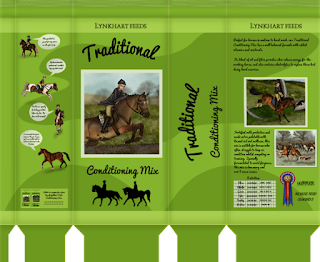 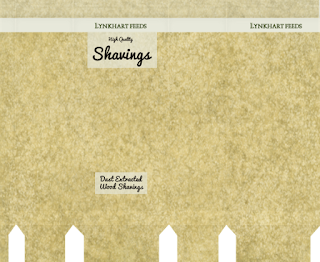 Here's the ancient ones too, just in case anyone's interested. I personally don't think they're very good but I know they were pretty popular when I made them originally. 😂 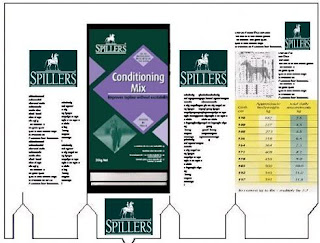 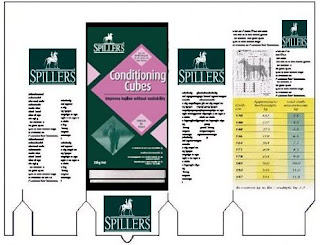 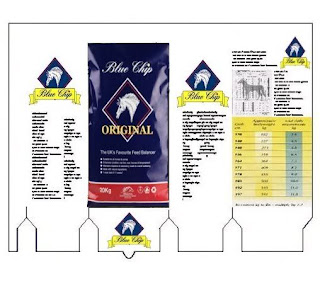 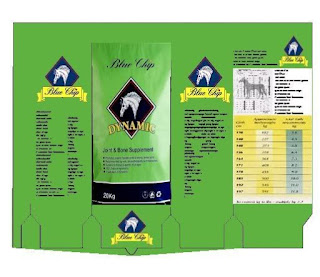 (Apparently I couldn't be bothered cleaning up the edges of the green one. 🙈)

In other news, I've had several posts sitting in my drafts for months because Blogger has changed and now I can't seem to embed any photos from Flickr like I've been doing for years. I now need to use Google Photos, which is fine for some things, but one of the main reasons I like Flickr is being able to keep all my images in one place, and I hate the fact I'm now going to have to upload stuff to Google separately if I want to blog about them. 😠  Also, Blogger Does Not Like my laptop for some reason and won't let me scroll the page properly and just, urghhh, first world problems.

I know I say it in virtually every post, but I hope I can post more regularly! This year has been a nightmare for many reasons, and certainly wasn't what I was hoping for, regarding consistant blog posting! 😓

As with so many of my projects, I started this one without a plan. 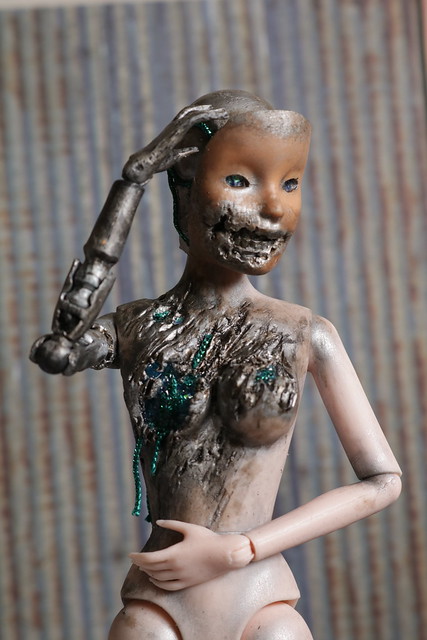 I've always loved cyborgs/androids and the concept of artificial intelligence and sapient robots is one of my absolute favourite sci-fi concepts. I've got a host of characters I'm intending on making dolls of, one of which has a cybernetic arm, so I've been meaning to practice making one before committing to the final design. I knew I wanted to preserve as much articulation as possible, so moving joints was super important, and if I could surpass the original figure's range of movement, all the better.

The Drifter and the Droid (plus bonus stopmotion)

I’ve been in a real sci-fi mood recently after playing Detroit: Become Human (which I would 100% recommend if you love everything related to androids gaining self awareness and the resulting fight for acceptance and civil rights combined with a noir style detective game and branching storylines with many many endings - I could gush about this game all year, it's fantastic) and this proved fortuitous as I’ve had plans to make a robot arm for a future cybernetically enhanced character for a long time, so I decided to grab something from one of my many body boxes and give it a go just to see how it turned out and well, things progressed slightly…😅 (This post will have the whole start to finish guide of how I put everything together)

I couldn't resist doing a photoshoot inspired by one of my favourite sequences in the game, although just to clarify, this figure isn't intended to be from the D:BH universe, just vaguely inspired by it. 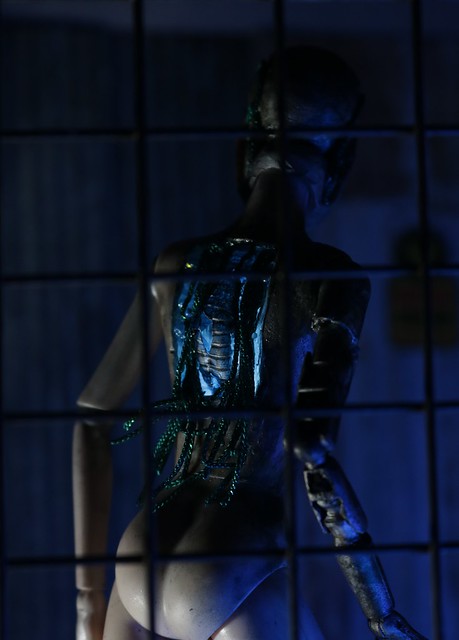 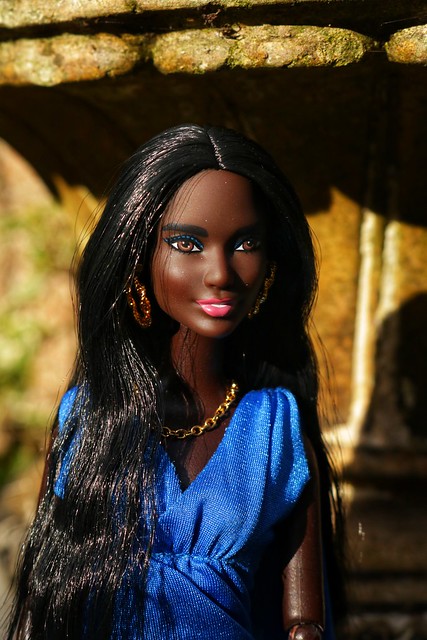 When the strikingly beautiful #90 Barbie Fashionista 'Rainbow Bright' came out a couple of years ago I just knew I had to have her. The only problem was the body; I can’t stand the lack of articulation on the current range of fashionistas, and there wasn’t a match for her very dark skin tone in the MTM range or easily available in older bodies.
Read more »
Posted by Last Alliance Studios at 7:36:00 pm 1 comment:

A kitchen for Max and Juno has been top of my list for years, but making such a diorama was going to be tricky thanks to all the appliances and accessories. Luckily you know how much I love a challenge, so I took it on with gusto...

This is going to be a loooooong post with lots of photos so consider yourself warned!

I've been wanting to make Max and Juno a kitchen diorama for years, and finally got started on it last year, then had a total breakdown of motivation and gave up on it until a few weeks ago when the inspiration hit once again and I was able to finish it.

A post listing how I made the majority of it will be going up immediately after this one, so check that out if you want to know how I put the main parts together. :)

Anyway, without further ado, I'll let the girls show off their latest room... 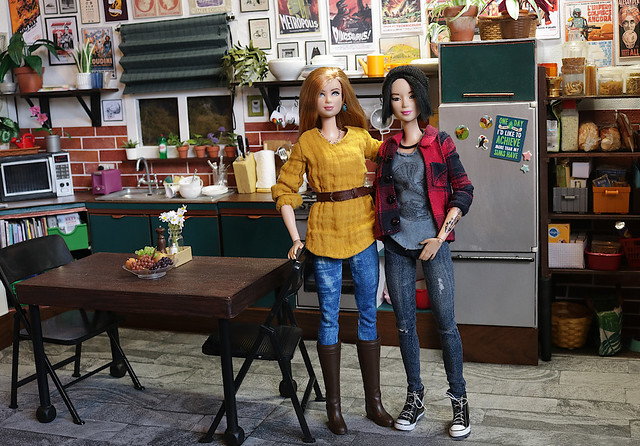 Even by my own procrastinating standard, this is pretty bad! 😅

In my defence, this last year has been a bit of a nightmare; I ended up suffering with absolutely horrendous sciatica for the best part of a year (chiropractors are miracle workers, that's all I can say!) which really put a dampener on my motivation to do very much of anything really. My PC was also on its way out, so I was doing absolutely everything via my phone, which isn't really ideal for blogging the way I'd like.

On the plus side, my sciatica is now almost completely gone, with just the occasional twinge every now and then, and as of yesterday I am now the proud owner of a shiny new gaming laptop, after years of only ever having a PC, so this is going to really open up a lot of opportunities I think.

Of course, that all said, we're all now trapped in the grip of a worldwide pandemic, which I'm sure isn't how anyone thought the first few months of 2020 were going to go! 😂

Hopefully I'll be able to get back into the swing of things on here now, and I've certainly got a lot to post about - I finished Max and Juno's kitchen diorama, did lots of customising and took lots of shiny photos so fingers crossed I'll be posting more regularly again! 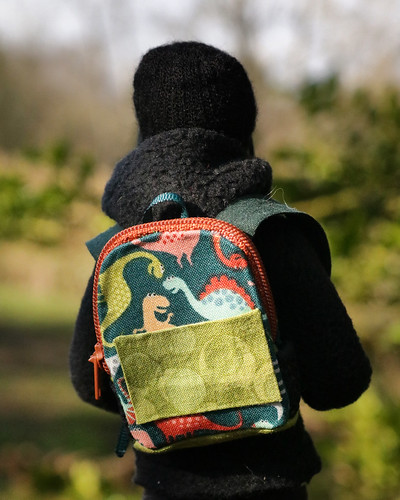 Last Alliance Studios
Glasgow, Scotland, United Kingdom
Greetings all, my name's Christine Sutcliffe and this is my blog. I started it originally to showcase some of my model horse customs and the like but have since gone on to expand on the theme with modelmaking tutorials, guides and walkthroughs from college projects to my own personal work. There isn't a specific subject I blog about - it can be anything from digital art to 1/12th scale miniatures and photography! I also have a blog specifically for my photostories which is updated less often now as I haven't as much time to dedicate to my stories as I'd like. 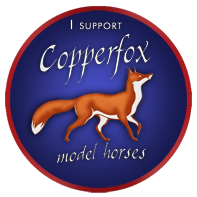